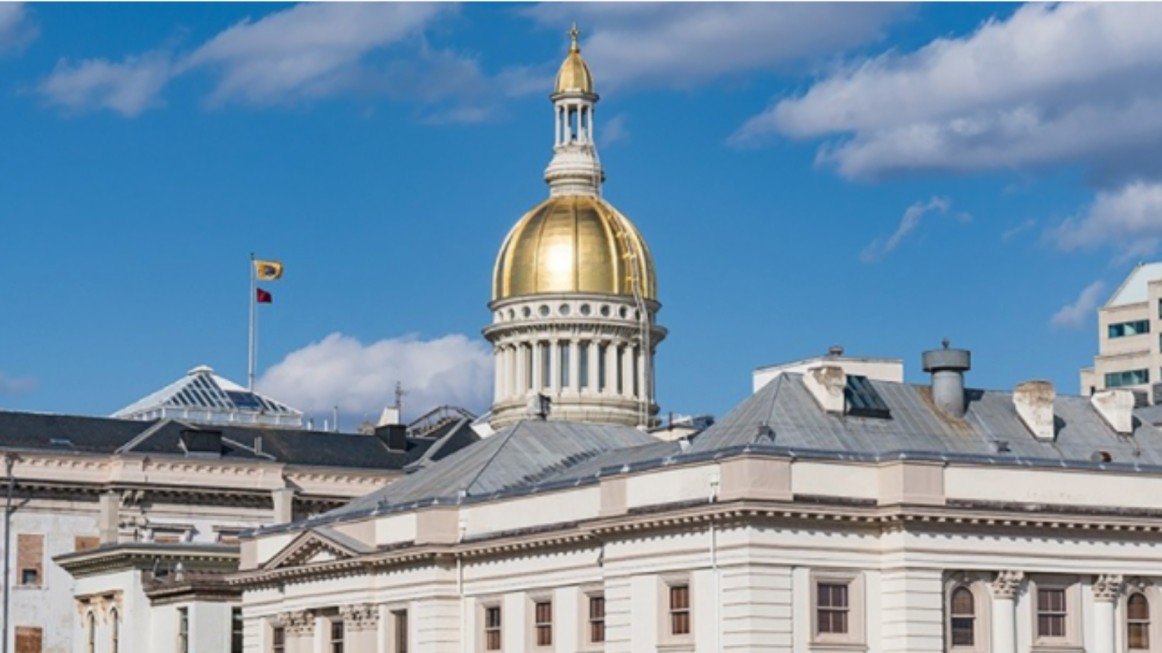 Governor Phil Murphy (D) and challenger former Assemblyman Jack Ciattarelli (R) Squared Off in a Race That was Too Close To Call Until Governor Murphy Prevailed:

Governor Phil Murphy (D) squared off against challenger, former Assemblyman and Businessman Jack Ciattarelli (R) in a heated contest to determine the Garden State’s governor for the next four years.

Murphy, a progressive, ran on his handling of the COVID-19 pandemic, as well as his administration’s legislative accomplishments, which included raising the minimum wage, enacting equal pay and paid family leave and a millionaire’s tax. Throughout the course of the campaign, Murphy painted his rival as an acolyte of former President Donald Trump (R) and argued that Ciattarelli’s policies would, “…move New Jersey backwards, not forwards.” Governor Murphy secured endorsements from national Democrats, including President Joe Biden and Vice President Kamala Harris, the New Jersey Education Association, the Sierra Club of New Jersey, the Star Ledger, and several labor unions.

His opponent, Ciattarelli, ran a campaign championing his New Jersey roots, and his vast legislative experience, having served three terms at each the local, county, and state level. His platform called for a simplification of the state’s tax code, lowering the state’s high property taxes by reworking the school funding formula, and cutting the state budget by $10 billion. Additionally, Ciattarelli’s campaign bashed the Governor for his handling of the COVID-19 pandemic, specifically highlighting the death of nearly 8,000 residents in the state’s nursing and veterans’ homes, and how Governor Murphy’s policies directly resulted in the closure of one-third of the state’s small businesses. Lastly, Ciattarelli hit Murphy on mask and vaccine mandates, which he believed are a parental decision, and not the government’s role.

Ciattarelli ended Election Day on top with a slim 1,200 vote margin, but by late Wednesday night the Associated Press announced the victory for Murphy when he clinched 50.03% of the vote, compared with 49.22% for Ciattarelli, with 90% of the ballots counted.

At the time of writing on November 8, Murphy continues to lead with 50.9% of the vote, compared to 48.3% for Ciattarelli who has yet to concede the election. In a statement to reporters, the Ciattarelli campaign said that there are still about 70,000 provisional ballots to be counted, as well as an unknown number of mail-in ballots. Mark Sheridan, Ciatarelli’s legal counsel, stated that though the campaign does not expect the remaining ballot count to put Ciattarelli in the lead, it could narrow the race enough to warrant a recount.

In addition to the Governor’s race, each of the 120 members of the legislature was up for grabs.

The four caucuses will hold their Leadership elections on Thursday in Trenton. Incumbent Senate President Stephen Sweeney (D-Gloucester) was expected to be re-elected for another as leader. However, as we go to press the outcome of his re-election to the Senate is still too close to call. Assembly Speaker Craig Coughlin (D-Middlesex) recently announced that he has enough votes to be re-elected as Speaker. The Republican caucuses will also convene on Thursday to select their leaders as well.

A recent Stockton University Poll released in the weeks prior to the Election showed Mazzeo leading Polistina by a 48 percent to 41 percent margin. The same poll also showed Assemblyman Armato and Commissioner Fitzpatrick leading their Republican rivals with 24 and 23 percent of the vote respectively.

Senate President Stephen Sweeney (D), the state’s longest serving legislative leader in New Jersey history, and his running mates, Assemblyman John Burzichelli (D) and Assemblyman Adam Taliaferro (D) have long been the standard bearers for South Jersey Democrats. This year, the Senate President faced a surprising challenge from Ed Durr, a commercial truck driver, who appeared on the ballot in 2019 for the New Jersey General Assembly. Durr was joined on the campaign trail by Beth Sawyer and Bethanne McCarthy-Patrick in the heavily rural district.

On Election Night, the Republican ticket outperformed expectations and put the Senate President’s team in the political fight of their lives. As of this morning, and with outstanding vote-by-mail and provisional ballots still to be tallied, reports have Senate President Sweeney down by as many as 1,500-2,000 votes. Sawyer and Patrick lead the long-term incumbents with 26.1 and 26.2 percent of the vote respectively.

After the 2017 Election, Senator Dawn Marie Addiego (D) switched her party affiliation from Republican to Democrat and joined the Senate President’s leadership team. This cycle, she was joined on the Democratic Ticket by Mark Natale, an attorney, and Lenape Regional High School Board of Education Member Allison Eckel. The Republican ticket was comprised of Assemblywoman and former Burlington County Sheriff Jean Stanfield (R) for the State Senate, and Hammonton Councilman Michael Torrisi (R) and Acting Manchester Township Administrator Brandon Umba (R).

The Burlington dominated district, which has over 9,000 more registered Democrats than Republicans, is an area in which the Democratic Party has seen an opportunity and invested heavily in efforts to unseat the Republican’s hold on the district. The Senate candidates, whose efforts also focused on pulling their running mates to victories, squared off on a range of issues, including dark money support, and Senator Addiego’s party switch. On Election Day, Assemblywoman Stanfield and her running mates prevailed, defeating their Democrat rivals.

Republicans Capture Two Assembly Seats, While the Senate Race is Too Close to Call in a Battle at the Jersey Shore

In 2017, Senator Vin Gopal garnered the seat by hard work through his role as county Democratic Chair despite the district being a Republican leaning area. This year, Gopal and his running mates Assemblywoman Joanne Downey and Assemblyman Eric Houghtaling faced spirited challenges from Lori Annetta, who ran for State Senate, and Assembly nominees Shrewsbury Councilwoman Kim Eulner and Marilyn Piperno. Over the course of the campaign, the Gopal team highlighted their efforts throughout the COVID-19 pandemic, specifically highlighting their role in passing legislation to provide $400 million in relief to small businesses and ensure easy access to COVID-19 testing and vaccination.

Their Republican counterparts hit their opponents on funding cuts for the district’s schools and Democratic policies that led to the closure of small businesses and the raising of health insurance during the COVID-19 pandemic. As we go to press, it appears that incumbents Houghtaling and Downey have lost their seats to the challengers. The Senate contest between Gopal and Annetta remains too close to call.

With Jack Ciattarelli leading the ticket, local Republican leaders were optimistic that they could defend the State Senate seat held by retiring Senator Christopher “Kip” Bateman (R). The Republican Party nominated former Congressman Michael Pappas to defend the seat, where he squared off against Assemblyman Andrew Zwicker. The Republican ticket was filled out by Manville Councilman Joe Lukac and Readington Board of Education President Vinny Panico. Their opponents for the General Assembly included two-term incumbent Roy Freiman (D) and former Montgomery Township Mayor Sadaf Jaffar.

On the campaign trail, the Democrat ticket outspent the Republican campaign by a wide margin, where an influx of money came in from Super PACs. Still though, despite their financial disadvantages, the presence of Ciattarelli at the top of the ballot was enough to put the Republican ticket on top pending the counting of additional vote-by-mail and provisional ballots.

This year, New Jerseyans were asked to vote on two ballot measures.

Public Question No.1: To Permit Wagering on All College Sport or Athletic Events:

The first question posed to the state’s voters would allow residents to wager on postseason college sport competitions held in New Jersey, and competitions in which a New Jersey-based college team participates. This measure was handily defeated by voters at a 43 to 57 percent margin.

Public Question No.2: Constitutional Amendment to Allow Certain Organizations Authorized to Conduct Games of Chance to Use Proceeds from Those Games to Support the Organization:

The second ballot measure was approved by voters by a 64 to 36 percent margin. This measure allows organizations in the state to use raffle money to raise money for their own organization. 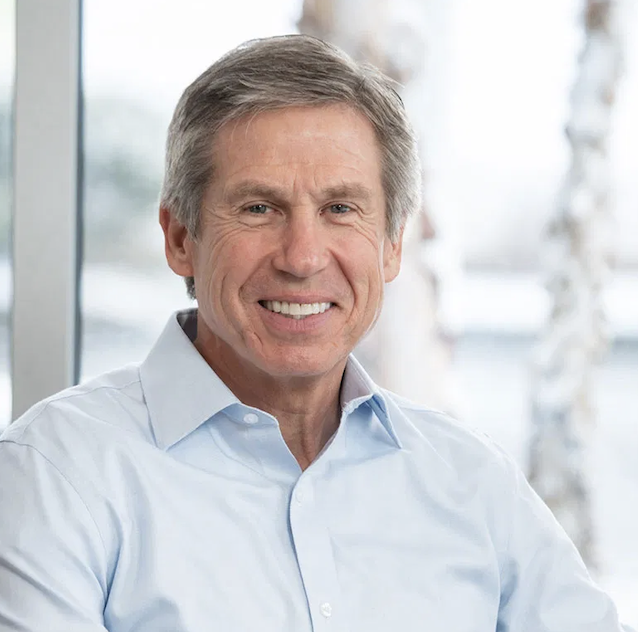