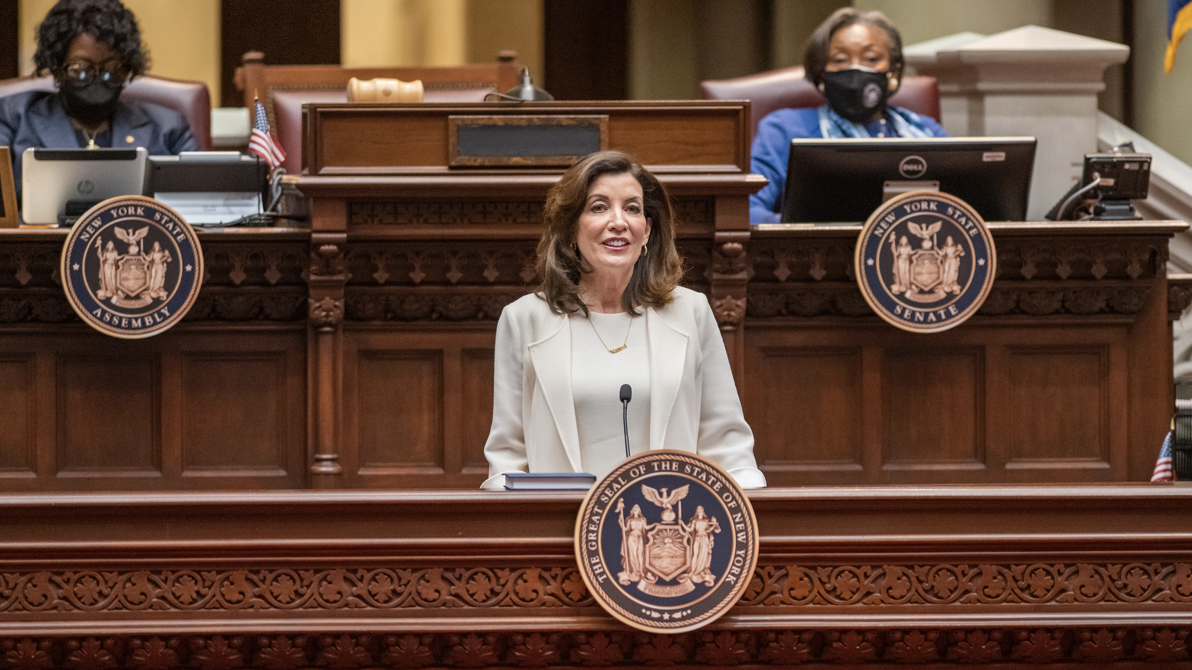 Governor Hochul outlined nine key components of her agenda for the Empire State as she finishes out the rest of former Governor Cuomo’s term which will end next January. Governor Hochul has declared that she intends to run for reelection in November.

Protect Public Safety and Take Strong Action Against Gun Violence: Governor Hochul has developed a three-part agenda to prevent and reduce gun violence and violent crime throughout the Empire State. This plan invests in public safety and will fund state and local policing gun safety efforts, create the Interstate Gun Tracing Consortium and triple the current investment in community-based response.

Invest in New York’s People: Governor Hochul’s plan for tax relief for small businesses and millions of middle-class New Yorkers can be found here. Her plan accelerates the phase-in of $1.2 billion in middle class tax cuts by two years. It also establishes a $1 billion property tax rebate program to put money back in the pockets of an estimated 2 million New Yorkers who have endured the rising costs due to the pandemic. By increasing existing tax credits and creating new ones to support food production, a rebate will be delivered to 2 million New York families. And finally, this plan will bring about $100 million in tax relief for 195,000 small businesses across the state.

Workforce development is another aspect of Governor Hochul’s investment in New Yorkers which is aimed to grow the economy of the state. This plan will establish the Office of Workforce and Economic Development to help New Yorkers move between education and careers, expand access to apprenticeships, expand the state’s technology talent pipeline, and much more.

“Jail to Jobs” is an initiative for incarcerated and formerly incarcerated individuals. With the ‘Jails to Jobs’ program, these individuals will be connected with education, resources, and opportunities for job placement, which will improve public safety and reduce recidivism.

Invest in New York’s Communities: With transportation investment, Governor Hochul hopes to expand access for commuters with The Interborough Express which will connect transit deserts in Brooklyn and Queens.

In response to the hardships brought on small businesses with the COVID-19 pandemic, Gov Hochul has proposed a Billion Dollar Rescue Plan to strengthen their recovery. This plan includes small business tax credits, seed funding to establish new businesses and a legislation proposal to permanently allow the sale of to-go drinks in bars and restaurants.

Expanding broadband access and investment has been at the forefront for many Governors as a direct result of work-from-home and homeschooling challenges that arose during the pandemic. Governor Hochul’s plan is comprised of a $1 billion investment to bring affordable broadband to more than 1 million New Yorkers. This initiative, dubbed “ConnectALL” will transform the state’s digital infrastructure with new investments.

Make New York’s Housing System More Affordable, Equitable, and Stable: In a major statewide initiative to end homelessness and address housing inequities, Governor Hochul has proposed the use of public funding to expand opportunities for all. By utilizing Safe Options Support teams of trained mental health practitioners, this aims to transition individuals living on the streets into stable housing. This will end the 421-a tax abatement and establish a new and more effective program.

To address the housing affordability crisis in New York, Governor Hochul will implement a 5-year housing plan with a $25 billion investment to preserve 100,000 affordable homes with support services for vulnerable populations.

Make New York a National Leader in Climate Action and Green Jobs: To address climate change, Governor Hochul desires to achieve 2 million climate-friendly homes by 2030. This initiative aims to electrify 1 million homes and up to 1 million electrification-ready homes through a series of legislative and policy actions. These include requiring zero on-site greenhouse gas emissions for new construction no later than 2027, providing the training programs necessary to ensure that the state has a skilled workforce to deliver these services, establishing a dedicated green electrification fund and electrifying low-income homes through the housing capital plan, among others.

A $500 million investment in Offshore Wind has already grabbed the attention of numerous groups since it’s announcement. The East Coast is quickly becoming a powerhouse for OSW with states like New Jersey, North Carolina, Virginia and Massachusetts growing their footprint. Governor Hochul’s plan will support more than 6,800 jobs and have an economic impact of $12.1 billion statewide. This plan aims to generate 4.3 gigawatts of energy which is enough to power nearly 3 million homes in New York.

Governor Hochul also announced a plan to achieve 100% Electric School Buses by 2035. She also plans to propose legislation which will require that by 2027, all new school bus purchases will be zero-emissions. With roughly 50,000 school buses on the streets in New York State, this will be a large undertaking but will have positive impact on the future health of kids in the Empire State. The legislation will also include state aid for the installation of charging stations and will extend school districts’ ability to contract buses for longer than the current five-year limitation.

Affordable childcare is another initiative which Governor Hochul sees as a priority. She believes that the federal government must pass the Build Back Better Act to expand child care coverage for New York families. However, if this does not happen, Governor Hochul will propose an expansion of access to care which is estimated to impact 100,000 families across New York by increasing eligibility from 200 percent of the federal poverty line to 225 percent. This proposal also includes $75 million in better pay for childcare workers.

Strengthening New York’s University System (SUNY) is another key piece of Governor Hochul’s plan. This plan aims to heighten SUNY’s research and innovation assets to make the system a global leader in education.

Make Critical Reforms to Restore New Yorker’s Faith in Their Government: To restore New Yorker’s faith in their government, Governor Hochul has proposed a constitutional amendment to limit all statewide elected officials to two terms and ban outside income. There has been a long standing discussion in Albany for years on term limits and the ban of outside income for elected officials and Governor Hochul would like to do something about this by replacing the Joint Commission on Public Ethics (JCOPE) with a new ethics entity that is truly independent and transparent.

In a more traditional fashion, Governor Hochul delivered these priorities in the Assembly Chamber with Assembly and Senate leaders present. Governor Hochul will run for reelection in what looks to be a very saturated field of candidates from each party. Our team at Flywheel will be monitoring this race closely and provide updates as available. 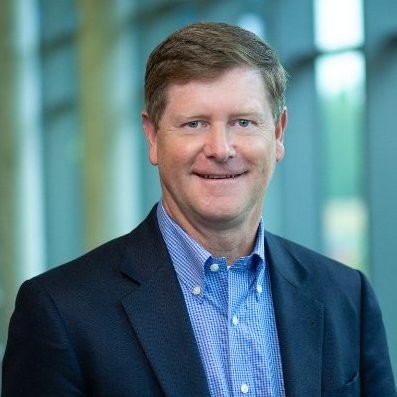 Flywheel Government Solutions offers multidisciplinary, strategic engagement on U.S. federal & state government affairs, public affairs, business intelligence, market analysis, and assistance with government market access across the United States. Flywheel's team is comprised of strategic business management consultants and government policy and procurement experts who have worked with clients of all sizes, from startup to enterprise, across all sectors.

Flywheel Government Solutions offers multidisciplinary, strategic engagement on U.S. federal & state government affairs, public affairs, business intelligence, market analysis, and assistance with government market access across the United States. Flywheel's team is comprised of strategic business management consultants and government policy and procurement experts who have worked with clients of all sizes, from startup to enterprise, across all sectors.