Government officials increasingly hammer firms highlighting their environmental, social and governance (ESG) actions for putting a liberal policy agenda over profits. This conflict often arises when investors strive to achieve net-zero emissions to mitigate the climate crisis by rushing out of carbon-intensive industries.

However, these high-carbon activities provide significant employment in key geographies, from West Virginia to West Java.

Achieving net-zero requires a transition. Without that, government officials react harshly to investors issuing blanket commitments to abandon certain industries, which lead to job losses and other hardships.

Going straight from Brown to Green will make achieving what investors are trying to accomplish even more difficult. Sure, ESG focuses on the wallet, not wokeness.  However, firms that only focus on the upside of the “E” without recognizing the harm certain actions can cause in the “S” bring these criticisms upon themselves.  In many instances, addressing the full ESG factor both reduces risk and increases sustainability.

For example, having a sufficient cybersecurity program in place which protects the company against financial loss while also safeguarding customers’ data from theft has financial and social benefits.

Likewise, training employees on anti-corruption laws and then having systems in-place to ensure compliance reduces the risk of the company violating the law, while also benefitting society by diminishing corruption.

In other cases, however, addressing one ESG factor to achieve a financial or social return can also negatively impact society on a wholly unrelated factor.

When investors and businesses focus only on the “E”, especially when reducing greenhouse gas emissions, they should not ignore the “S” in terms of impact to people.

In short, businesses which only take the “E” into account collide with governments.

Materiality at the core

An ESG mindset can provide businesses with a better path to profitability while protecting against reputational risk.

The approach for incorporating ESG factors into an investment decision or business operation starts with determining the factors which have—or can have—a material impact on a company’s financial performance. A factor should only be considered if it could impact a firm’s ability to create, preserve, or erode economic value, while also having an environmental or social impact.

Acting now on future ESG risks—such as through decarbonising a business amidst the likelihood of coming carbon taxes or border adjustment mechanisms—benefits a firm down the road.

But such acts often have a corresponding societal cost to the environmental gain.

Manure provides a good starting point in highlighting the inherent trade-offs from E to S in the energy transition.

“Cow poop could help us make clean(er) energy,” as Popular Science put it.  “Significant environmental benefits accrue from renewable natural gas: Turning cow manure into natural gas would have three big advantages. First, it would turn animal waste, a major source of carbon pollution, into a useful fuel. Second, it would provide a new source of natural gas, which could be used to replace dirtier fuels like coal and oil. Third, it would reduce the need for fracking, the environmentally destructive practice that extracts natural gas from the earth.”

The article, however, does not mention the harm such a proposal inflicts on cows.

The Five Freedoms of animal welfare include the freedom to express normal behavior by providing sufficient space and proper facilities.  Effectively collecting manure to turn into natural gas requires the cow poop it to be in one location.  The collection of manure becomes much more difficult, if not impossible, without cows sacrificing their livable space.  Thus, using cow poop to flight climate change requires cows to pay the cost for a societal benefit.

As cows don’t vote, no one makes a stink about it.  But when humans sacrifice for the environmental benefit, we hear about it.

Material ESG factors for any given business are not solely determined by investors or business owners—they are defined by all stakeholders, including government officials. For them, the people they represent come first.

If investors and businesses understand that ESG almost always involves a trade-off of benefit for cost, especially when it comes to E v S, knowing a company’s negative impact for an E upon an S will permit business leaders to discuss with government officials how best to mitigate that impact.

It also gives those deciding to trade S for E a better understanding of the impact of their acts.

Not providing financing to carbon-intensive business will have a positive environmental impact, such as UOB’s plan to stop backing new upstream oil and gas projects.

But there will be a negative impact to people who now rely on those businesses, such as for employment or fundamental services such as electricity.

While ESG practitioners may not be considering the negative impacts from their environmental initiatives, government officials will.

This happens now in the United States — and it will happen elsewhere.

Missouri Attorney General Eric Schmit states that when financial services firms choose not to work with companies engaged in fossil fuel-related activities, “farmers, oil leasing companies, and other businesses that are vital to Missouri’s and America’s economy” will be left out to dry.

“The environmental, social and corporate governance (ESG) movement has produced an opaque and perverse system in which some financial companies no longer make decisions in the best interest of their shareholders or their clients, but instead use their financial clout to push a social and political agenda shrouded in secrecy,” argued Texas Comptroller Glenn Hegar.

Understanding the E/S trade-offs, articulating them, measuring them, and reporting on them will make for a more informed policy debate.

Clearly articulating and calculating the financial reason for such ESG actions counters the argument that ESG is more about policy or politics than profit.

Still, that’s not enough to address the legitimate objections to ESG.

In the United States, trade agreements used to pass the Congress and be signed into law by the President with regularity. It did not matter if the Republicans or Democrats were the party in power. Each side recognized the overall benefit globalization brought.

Now, traditional trade agreements are off the table for the United States for both parties.  Why? While the economics show clear overall benefits to the United States of engaging in global trade, those who did not benefit from trade often lost their jobs, with not enough support from the government when they did so.  Trade became toxic politically and remains so.

While not inevitable, ESG could go the same way if its proponents do not recognize the downsides in implementing ESG policies.  ESG requires recognizing all material factors—as defined by all stakeholders, not just a few.   A government affairs focus can assist ESG to ensure all material factors are considered.

The Economist proposed “ESG should be boiled down to one simple measure: emissions,”  but ESG measurements must consider impacts to both on the planet and its people.  Already, ESG struggles from the difficulty in differentiating real doers from green-washers. With no common standards, metrics or reporting frameworks which balance all factors, ESG risks losing credibility.  Governments judge the trade-offs investors and business choose between different ESG factors, even when those acting do not.

“Either/Or” does not exist for elected officials.  Unless practitioners present the full impact of their ESG initiatives, such attacks will become more prevalent — giving those who undertake ESG another material factor to manage and more difficulty in carrying them out.

Request a consultation with Steven Okun through the link below to discuss how your organization can optimize your ESG strategy to limit risk from government interference.

This article was originally published in Eco-Business on November 7, 2022 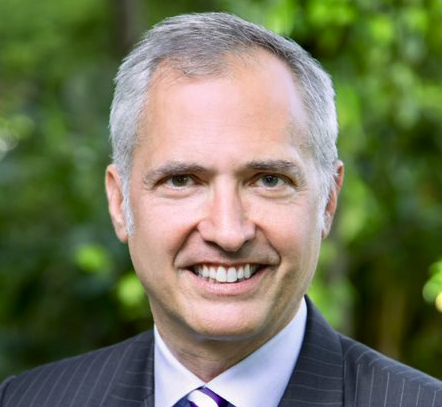 Founder and CEO of APAC Advisors

Steven Okun is a recognized expert working in the Asia-Pacific region at the nexus of business, policy, ESG, sustainability and stakeholder engagement to understand the complexities of international markets and navigate the strategic and operational challenges they face around the globe. Steven founded APAC Advisors in 2017, for which he serves as CEO.

Founder and CEO of APAC Advisors

Steven Okun is a recognized expert working in the Asia-Pacific region at the nexus of business, policy, ESG, sustainability and stakeholder engagement to understand the complexities of international markets and navigate the strategic and operational challenges they face around the globe. Steven founded APAC Advisors in 2017, for which he serves as CEO.